The BERT Google Update was released around mid-October of 2019.  The BERT Update has been hailed as one of the biggest Google updates in recent years.  Like many of the recent tweaks to the algorithm, there is little that a webmaster can do if you have been affected. The update itself is to the AI aspect of the Google Algorithm which makes better “sense” of a search query performed using more natural language.  Meaning…where many SEO agencies attempt to highly tweak the on-page SEO for a very drilled down search term, this particular update will broaden those results.  Google is making major moves on understanding the intent of the searcher.  Where you may have seen Big G get a little confused in the past when there was some ambiguity in the search query. The BERT update better understands the user’s intent and closer to how someone may search by speaking into their phone.   Ultimately, Google is getting a much better idea of natural speech.

For instance, if you were looking for tips on getting “on the job experience” and you happened to type into Google:

Google would understand what you are looking for and NOT send you to a sex site.

Needless to say, that is a funny example but you get the point :-) 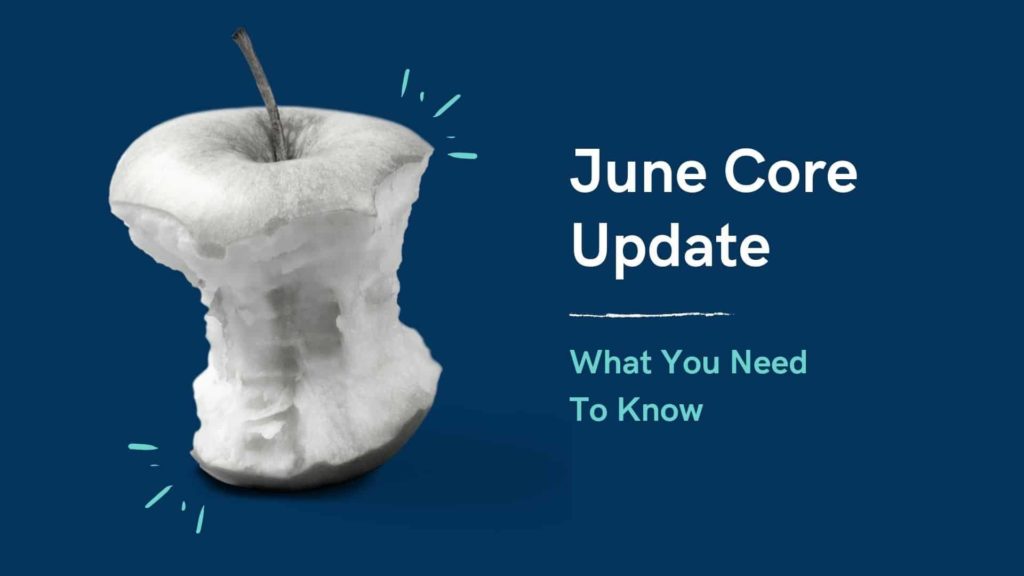 In June, we saw the June Core Update.  Unlike most Google SEO updates, Google not only let us know this one was coming but also named it.  I guess they were tired of the names that SEO agencies were giving to the updates to their algorithm.

The June Core Algorithm update, as of this time, has not been as devastating to as many SEOs as some of the previous updates that Google didn’t tell us about and was not worth a name.  Possibly because of the flack that Google received with some of the large and well-respected websites losing almost all their traffic and being forced to shut down with some of their most recent updates to the algorithm.

This update seems to be much of the same as for core algorithm updates.  A core update looks at almost all websites from a much higher level than many of the smaller updates.

Some say, because of Google’s use of AI and RankBrain, the number of Google SEO updates has been much overstated and simply Google constantly learning and “shuffling the deck”, which has SERPs (Search Engine Results Pages) almost constantly in flux.  This has been shaking down some of the more spammy websites that have been getting away with Black Hat SEO for a long time.

One of the “tactics” that was affected by the most recent Google SEO update addressed leveraging the authority of a primary domain to rank subdomains for seemingly unrelated and thin content.  The most notable has been The Daily Mail out of the UK — who was using subdomains to rank for things such as “Expedia voucher code”.

Effects of the June Core Update

Although a few websites have seen dramatic changes, the vast majority of the web came away unscathed.  The June algorithm update saw much less chatter in the SEO world than the Medic Update. As of writing this article, October 1st, 2019, we feel confident that Google is still “shuffling the deck” and that more sites will be affected.

It’s worth noting that Google implemented another confirmed update around the beginning of the month but it was more focused on the removal of duplicate Google Business Profile listings, which hit around the 5th through the 10th.

If you are looking for an SEO partner, one way to choose the right SEO agency is to ask them what THEY know about the most recent Google update. 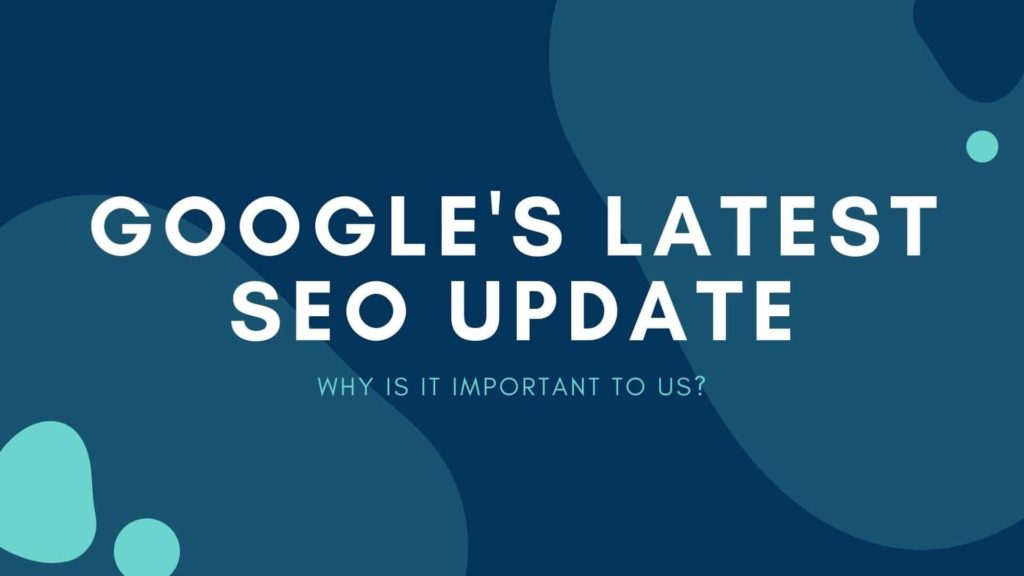 Any time Google has a major update it changes the flow of money across the internet. There will always be winners and losers.

One of the biggest “black boxes” in the history of mankind is the Google Algorithm.  It is responsible for dictating how money flows across the internet.  With Google being the dominant search engine, and millions of searches taking place every month, who ranks on the first page for a major search term dictates the online winners and losers.

SEO is working to have YOUR website show up on page 1, so your website can get some of that traffic, leads, and ultimately money.  Google is constantly changing its algorithm, down to changes being made daily.  Every change that Google makes to their ranking algorithm shifts which websites receive the lion’s share of web traffic.

It’s important to understand how many updates take place.  In 2018 it was claimed that Google implemented over 3,000 changes to their algorithm – that is more than 8 per day!

Has A Google Algorithm Update Affected Your Website’s SEO?

One of the best ways to assess if a Google Algorithm update has affected your website is to review the volatility in SERPs in your specific industry or vertical.  If you have seen a drop or major increase in your websites search engine rankings it is most likely because Google has made another algorithm change.

Although Google claims to make changes to their algorithm approximate 2 times per day – most of those are very small.  Approximate 3 times per year, Google makes a core update to the algorithm.

SEMrush monitors search engine rankings in specific industries looking for major changes in rankings.  This provides some critical insight into whether or not your business vertical was affected by one of the most recent Google Algorithm updates.

The below graph shows the overall volatility in changes in search engine rankings looking at all website industries and types.  The overall rankings, when compared to specific web vertices, provide insight on the changes to the SERPs that were affected by the latest Google Algorithm update.

Understanding how your specific industry is currently fairing (these statistics on web SERPs are updated weekly) against the entire web as a whole gives you a better understanding of the changes in SERPs on your specific business website.

All SERPs Over All Industries on the Google Mobile Database

Has Your Industry Been Affected?

Review the Volatility in Your Specific Business Niche

Although we don’t believe that Google sets out with a specific industry as their target (with the exception of Medic) we do find that the updates affect a tactic in digital marketing that may be used heavily in a specific industry.

How Much Should SEO Cost?

Updates to Facebook Remarketing for Real Estate One Click SEO is now rolling out dynamically created Featured Listings Ads for our Facebook REmarketing!  This puts your most recently listed properties right in front of everyone [...]

How to Choose an SEO Agency and Not Get Burned

Learning how to choose an SEO Agency can save you time, energy and a ton of money. Hiring the right SEO company should improve your websites’ visibility in search engines and ultimately provide a return on investment

The Best Hosting for WordPress

Real Estate is a multi-million dollar SEO industry.  With such large amounts of money being transacted, coupled with the real estate websites being the dominate way that real estate agents/brokers acquire leads – SEO for Real Estate is one of the most competitive search engine optimization verticals around.

Websites such as Zillow have disrupted the real estate industry and driven home buyers and home sellers to the web for information on buying and selling homes.  Although many real estate brokers complain about the accuracy of Zillow and online property values – they still are the 800-pound gorilla for real estate searches online.

The healthcare industry affects thousands of types of medical businesses.  Healthcare digital marketing has seen a very tumultuous ride the last couple of years, with many Google updates focusing on YMYL — which stands for “your money or your life”.  Google takes industries that deal with finances and health issues very seriously and works EXTRA hard to ensure that the pages they rank well have the proper authority to be giving advice in their respective fields.

The Arts and Entertainment SERP Activity

The arts and entertainment industry is huge online including the marketing of other media including television, movies, music, pop culture, and much more.

Another huge industry for the internet, millions of dollars are made in who shows up on page one of Google within the Beauty and Fitness industry.

The financial markets make up a huge amount of web traffic.  Simply because the term “finance” directly correlates to money, there is almost an uncountable amount of money in this vertical.

Ranking on page one for a major search term in the Finance Industry is an instant way to become a major player in the financial industries.

Can you even talk about the leaders in web traffic without talking about gaming?  The gaming industry is huge, and with people becoming addicted to gaming, spending hours on hours online – those websites rank on Google’s first page dictates who is who in gaming.

Below are the metrics on the SERP activity in the gaming industry.

Updating of the SERP Activity

The above charts and graphs on the SERP volatility in each respective vertical are updated weekly or otherwise when a major Google search engine change is noticed.

We will be adding new website categories that monitor the SERP activity on a weekly basis so if you do not see your specific website industry, please check back or contact us and we will add it immediately.